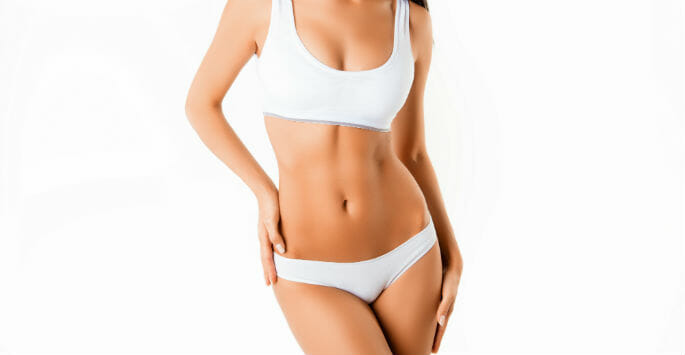 When it comes to fat reduction treatments, there are many options to choose from. CoolSculpting® and Vanquish are two of the most popular fat removal procedures on the market, and each treatment has its own benefits. If you are ready to eradicate stubborn fat, then it might be time to take a closer look at some of the advantages of Vanquish over CoolSculpting®.

The Science Behind CoolSculpting®

A few decades ago, doctors discovered that they could destroy fat cells by bringing them down to very cold temperatures for a short period of time. CoolSculpting® is a non-invasive fat reduction treatment that is based off this phenomenon. During a CoolSculpting® appointment, a small suction device is placed over a pocket of stubborn fat. When the machine is turned on, it lowers the temperature of each individual fat cell. In the weeks following a CoolSculpting® appointment, the immune system attacks those fat cells and expels them from the body. CoolSculpting® can be effective, but some patients would like to avoid the discoloration and bruising that occurs afterward.

The Many Benefits of Vanquish

Vanquish is similar to CoolSculpting®, but it weakens fat cells by heating them up instead of cooling them down. The Vanquish device uses pulses of radiofrequency energy to damage fat cells while leaving the rest of the soft tissue unharmed. Unlike CoolSculpting®, the treatment doesn’t require suction applicators. During a Vanquish appointment, panels are placed just over the treatment site. A patient can relax comfortably while the device weakens and destroys their stubborn body fat.

CoolSculpting® can reduce fatty tissue by as much as 20 percent, but a recent study performed by BTL Aesthetics revealed that Vanquish often results in a 59 percent reduction in fat after four to six treatment sessions. Vanquish is also slightly less invasive, and that makes it a great option for patients who are worried about discoloration and discomfort.

During your initial consultation with our team at Sneed MediSpa and Wellness, we will go over all of the details regarding Vanquish, as well as the many advantages it has over CoolSculpting® and other body contouring treatments. Contact us today to book a consultation in Memphis and learn more.